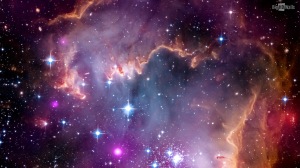 It is an amazing phenomena that we have in North America that we try to serve a God who serves us.  I find it amazing the amount of people who have expectations that God needs to fill.  It isn’t a new concept either.  There have been people for many decades that treat God like a genie in the sky.  Just say the right prayers, have the right amount of faith, and God is obligated to move and fulfill our expectations.

It sounds a little ridiculous I know, but there are whole doctrines being taught today in churches which in essence teach this very concept.  We see it when people leave churches because God didn’t answer their prayers.   Someone didn’t get healed.  Someone they cared about passed away.  We see it when God begins to move in our lives and we disregard what God wants to do because He didn’t follow our plan.

The biggest concern I have with this idea is when we try to obligate God into doing things our way, and we do it in so many many ways, we shrink God down until He is beneath us.  We remove Him from being supreme, sovereign creator, to being, I hate to say it, a butler required to do what we wish.  One of the greatest tragedies we have in churches today is the fact that God has become so, so very small in our lives.

We do what we want, when we want, and expect that God simply will bless us.  We set our schedules and plans, and create our programs and turn our eyes to heaven and say, “look at what we have accomplished, come and place your seal of approval on it.”  I know we don’t consciously think this way, but our actions demonstrate this very thought.  We don’t just plan our churches this way.  We live our lives this way.  Just look at our budgets and schedules and the time we have for the lost around us and it doesn’t take much searching to see that we are serving a really small God, reduced to following our plan, and using our wisdom.

And then we turn to the world and say, “Come and follow God with me.” and wonder why no one wants what we have.  I believe it is time for us as Christians to re-evaluate our view of God.  Is your God to small.  Have we diminished Him so that He has to follow us?

I believe in a God who spoke the entire universe into being.  A God who planned me and you from before creation happened.  A God who knew He was going to have to enter our world and die in our place before He said let it be.  A God who holds the entire universe in the palm of His hand and sustains it with the power of His word.  I believe in a God who is so deeply in love with us that He freely chose to enter our world and open the door again to knowing Him and His abiding presence to us, and who calls each of us by name to accept His invitation.  I believe that we are called to serve a God who exists outside time, who knows the beginning from the end.

I believe we need to see God again as He is, that we are called to follow Him.  Not just in word, and by going to church when we feel the need.  But to be a people who come to know Him as He is.  To be so captivating by the awesome and terrible presence of God again.  The that so many people who have encountered Him have immediately fallen on their face and worshiped.

We, as Christians, have lost the awesome, powerful, majestic nature of God in our lives and substituted it for something of worthless value.  I believe that God is again moving on the hearts and lives of His people, calling us to again know Him for who He really is.  To again know and walk in the power of His abiding presence.  To follow and walk with the One who simply said “Let it be..” and it was.  It is my prayer for all of us that like David we could “magnify the LORD with me, and let us exalt his name together!“ Psalms 34:3 NLT

It is time for us to stop diminishing God and begin to magnify Him.  To open our eyes and hearts to the majesty of who He is once again.  We serve an amazing, incredible, awesome, powerful God who desires us to know Him.  Will we remain as we are, or will we begin again to magnify God and see Him as He truly is?

One thought on “When God serves us”

This site uses Akismet to reduce spam. Learn how your comment data is processed.