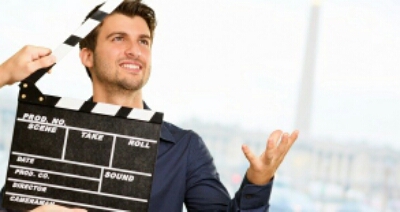 Our world is changing almost every night. Every day we are confronted with new changes and new directions. What used to take decades to happen now seems to happen overnight. I am always amazed at the speed our world is moving in and how fast life is changing.

Into that world we have the church. The bride of Christ which is scripturally meant to bring and release the life of God into the world we live in and to be the message of God that He desires to know and be known by us. And we have a church that doesn’t change. The methods and manners we used to convey the life of God to the world don’t work and haven’t worked for many years. We struggle to bring the life of God into our lives let alone our congregations. And the world is taking notice. Statistically the world desires to know God. The interest in spiritual matters has never been higher. The interest in the church is at an all time low. Our world, and unfortunately a great many people who call themselves Christians want nothing to do with the church.

Recently I have been struggling with this idea, because the church that I love dearly isn’t living up to it’s God given potential. People are walking away from the church in droves. Some estimates are over 1,000,000 people walk away from our churches every year. The church has always been God’s method of reaching into the world. There has been only one plan. It started with the children of Israel being called to bring the nations of the world to knowing the God they served and has continued on to the New Testament church. We have a message. God wants to be known.

I think that people are walking away because we have been actors on a stage. It sounds terrible, but I think it is true. We believe in Jesus. We surrender our lives to Him. We receive His gift of an intimate relationship with Him. And we sit still and talk about the amazing bible verses we read, or the powerful sermon we heard. We say we believe that God moves today and that Jesus wants to touch peoples lives today. When we read verses like John 14:12 “ I tell you the truth: whoever believes in Me will be able to do what I have done, but they will do even greater things, because I will return to be with the Father.” (Voice) we believe that God can use us to release His life and power on the earth today. And we have as much affect as a wet noodle trying to cut bread.

The people around us hear the message we say, and see the lives that we live and don’t want what we have. Because it isn’t real. It for the most part is an act. Something we say but don’t live out. And people are leaving churches and want nothing to do with them. I feel it is time for the church and the people of God to be who God called them to be. We don’t need another worship CD. And we don’t need another teaching. We do need however the life and power of God to be in us, so that it can move through us.

I was reading recently and something I read gripped my heart and soul. Wolfgang Simson wrote“We need to change from being powerful actors to people who act powerfully.” For to long the church has lived below her potential and acted as though nothing was wrong. We have accepted the reality of the world we live in and made excuses for the life and power of God not being released in us. We don’t need to pursue manifestations and signs which have turned many people against the church. We need the life and power of God simply being in us. People need to see Jesus. We have a lost and broken world all around us which God desperately loves. We have a church which offers rules, regulations, judgements and criticisms and little else. We attempt to offer a community which sings and listens to someone talk, but with little to no life, and definitely no power. Time for the church to awaken to the world around us, and seek hard after the heart of God. Time to stop putting on an act and allow God to change us into His image, and to empower us. And it is time to take Jesus out into our world. It was never meant to be a religious exercise, but an outflow of an inward condition which release life and power that changes and transforms people and brings God to His people.

One thought on “Putting on a show”

This site uses Akismet to reduce spam. Learn how your comment data is processed.